Board and Leadership Team

OQ's Board of Directors is responsible for formulating and tracking the progress of long-term objectives. The eight-member Leadership Team ensures the constant flow of information and monitors pertinent activities, compliance KPIs and strategies. Mulham is the Acting Deputy President for Investment at the Oman Investment Authority. With over 25 years of commercial experience in international business and finance, Mulham is responsible for the OIA’s investments to achieve long term sustainable returns for the Sultanate of Oman and to support the diversification of the Omani economy. Prior to joining OIA, Mulham was Deputy CEO of Oman Oil Company SAOC and earlier with the Ministry of Oil & Gas, Oman Gas Company SAOC, and General Telecommunications Organization. He holds a Bachelor of Business Administration in International Business from Marymount University and is a qualified Barrister-at-Law of the Bar of England and Wales. 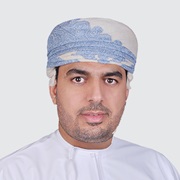 He is the Chief Executive Officer of Al Ahli Bank since 2018. Previously, Al Hatmi held various senior positions at the HSBC Bank Middle East, Oman. Overall, he has more than 17 years of commercial banking experience in the areas of corporate banking, risk management, finance and banking operations. Al Hatmi graduated with a Bachelor’s degree in finance from Sultan Qaboos University in 2000 and an MBA from the University of Strathclyde in the UK in 2007. He is also qualified as a Certified Management Accountant from the Institute of Management Accountants, USA, in 2011. Dr. Chuchottaworn formerly worked for several leading companies in various capacities, including but not limited to Chief Executive Officer and President, PTT PCL; Director, PTT Exploration and Production PCL; Chairman, IRPC PCL; Federation of Thai Industries; Expert Member, Public Organization Development and Promotion Commission; and Expert Member on the Board of Commissioners. He was also appointed as Deputy Minister, Ministry of Transport, from November 2017 to July 2019. Dr. Chuchottaworn graduated from Chulalongkorn University in Thailand in 1979 with a bachelor’s degree in chemical engineering. He then went on to the Tokyo Institute of Technology and completed a master’s degree and a doctorate with Japanese government scholarship, in chemical engineering. He is the Group CEO of ASYAD. Al Hatmi was a key player in the development of Oman’s National Logistics Strategy 2040. He now oversees its implementation and spearheads the sector’s economic growth. He led the inception of ASYAD Group, consisting of 16 companies and spanning three major Ports with their associated free-zones, as well as Oman Shipping, Oman Post, Oman Dry Dock and Transport companies including Oman Rail, the latter was established by Al Hatmi to direct and manage the development of the GCC and national rail project in Oman. Al Hatmi is a Mechanical Engineer, graduated from the University of Bradford. Tore Myrholt currently serves in McKinsey as a senior external advisor based out of Doha, and has been with McKinsey for close to 40 years. During his time with McKinsey, Mr. Myrholt also served as Chairman of the Directors Committee and as a long-term board member of the McKinsey Shareholder Council. Additionally, Mr. Myrholt serves on multiple boards, as a Chairman in Trioplast and Antler, as a member in Arunda, and as a member in three other non-profit boards. Mr. Myrholt has a degree in International Economics from Norges Handelshøyskole and an MBA from Harvard Business School. Talal Al Awfi has been appointed as the Group Chief Executive Officer of OQ. Al Awfi has over 20 years’ experience in oil, gas, and petrochemical marketing and trading. In his current role as Chief Commercial Officer, he is primarily responsible for all of the marketing functions within the group. During his career he has held several key positions in the public and private sectors, notably the CEO of Oman Trading International. As well as serving as a member of various boards across the oil and gas industry, Al Awfi has held a series of Project Management positions, one of which involved the initiation and set up of Oman Trading International in 2005. He holds a BSc in Business and Finance, as well as an MSc in Marketing from Salford University, UK. The acting CEO for Upstream since January 2021, he has served as VP of Surface Operations at OQ since February 2020. Al Balushi has gained over 18 years of diverse experience in the oil & gas industry since graduating from the University of Bath (UK) with a Masters degree (MEng) in Mechanical Engineering in 2002 – following his completion of the Petroleum Development Oman (PDO) program. Before serving in technical and leadership roles at OOCEP, he held several positions within Schlumberger include field position, recruitment, and multiple managerial assignments. This gave him the opportunity to work in Canada, USA, Qatar, UAE, Brunei and Malaysia. Ahmed Al Jahdhami’s career in the oil and gas industry began over 20 years ago in the field of Mechanical Engineering. He now serves as the CEO Downstream at OQ. His previous roles include CEO of Oman Power and Water Procurement Company, in addition to other leadership roles at the Public Authority for Electricity and Water, and Oman’s former Ministry of National Economy. Al Jahdhami holds a BSc in Mechanical Engineering from the University of Nottingham, UK.

With over 29-years wealth of international business experience in the energy sector, Mr. Kharusi is the Vice President of Retail at OQ; responsible for developing and driving OQ global retail business strategy locally and internationally. He started his career with Petroleum Development Oman and Shell International managing number of energy projects across Middle East, CIS, Africa and Russia. Prior to joining OQ, Hilal was the Executive Vice President for Emerging Businesses at Oman Oil Company whereby he developed large-scale energy projects locally, managed the Group’s international M&A activities, and responsible for managing a diverse energy portfolio. Currently, Al Kharusi serves as Board Chairman in Oman Oil Marketing Company and Chairman in Oman Sustainable Water Services. Hilal holds a Bachelor’s degree in Geosciences - Economic Geography in 1999 and an MBA in 2007 from the UK. Now serving as OQ Company’s CFO, Nzar Al Lawati’s career with Orpic alone spans eight years. His current post is instrumental to the company’s financial and risk operations as it crosses the threshold of major growth. Al Lawati’s presence in the oil and gas industry dates back to 1995, when he joined Petroleum Development Oman. Since then he has held senior roles in the energy industry including Risk Management & Governance at Shell in the Middle East. Al Lawati gained his education at the University of Sussex, UK, where he studied engineering, and the Chartered Institute of Management Accountants. 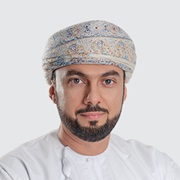 Ashraf Al Mamari has 16 years of experience in various organizational leadership areas which include Human Resources, Corporate Affairs, and Supply Chain. He has a Bsc Degree in General Management from Sultan Qaboos University and currently enrolled in DBA program with Coventry University. He has taken on multiple leadership roles in the Energy and Minerals industry within Oman and abroad. Al Mamari first joined OQ in 2013, as a Learning and Development Manager in one of the Company’s legacies – Takatuf Oman-, then worked in OQ Exploration and Production and OQ Chemicals in Germany before leading the People function of OQ most recently. He is a current Board member of Abraj since (2017) and was a previous board member of OPAL and InstOG. His mandate at OQ spans over Human Resources, Brand, Communications, Sustainability and Administration including Work Environment, as well as accountability for the Group’s transformation through Digitalization, Lean and Continuous Improvement (CI). Abdulrahman has 25 years of experience in the field of auditing and risk management mostly in the Government sector in the Sultanate of Oman; overseeing governance as a member of the Audit and Risk Committee and being in the Board of several public and private corporate entities in Oman. Abdulrahman worked previously as Director General in the State Audit Institution overseeing the state audits of ministries and state owned companies in the Government of Sultanate of Oman and assisting the institution’s Chairman and Deputy Chairman on technical matters including preparation of Supreme Audit Institutions (SAI) reports to His Majesty the Sultan and presenting the SAI in international bodies like ASOSAI and INTOSAI. Al Muthir Al Kharusi is leading OQ’s Transformation Office (TO). He ensures that the business is prepared at all levels for an Initial Public Offering (IPO), one of the strategic priorities in achieving OQ’s growth aspiration. He also leads the start-ups of innovative projects, manage future strategic projects, Quick Wins, and the Opportunities Workstream. Dr. Salim Al Huthaili has been appointed as Chief Executive Officer - Alternative Energy in November 2020. Al Huthaili was the CEO of DRPIC, a position he has successfully held since December 2018. He brings extensive global leadership experience gained from working with Shell in various roles, including alternative energy, projects, technology and petrochemicals in Europe and the MENA region. Al Huthaili was also the CEO of OXEA between 2015 and 2018 (now OQ Chemicals), and most recently with DRPIC as its CEO. He holds a Ph.D. in Renewable Energy and Sustainable Development from Nottingham University, U.K. Shihab Al Barwani’s started his career in PDO’s instrumentation function in Oman, then undertook several assignments at Shell in the U.K. incl. at Stanlow Refinery, as well as in projects in Canada, The Netherlands and Nigeria. Back in Oman, Shihab led PDO’s Engineering for South Oman and subsequently delivered its USD 1,5 bn Harweel project. Shihab’s mandate at OQ will take the live projects worth USD 28 bn and more investments in sight including in Alternative Energy, the SVP Projects & Technology drives a profound, transformative impact on OQ’s business. The P&T function will build a sustainable and technology-leading business by leveraging core areas of Project Delivery, QHSE and Engineering & Technology. Shihab holds a bachelor’s degree in Measurement & Control from Teesside University (U.K.).